Another week in Marbella, another gangland slaying. 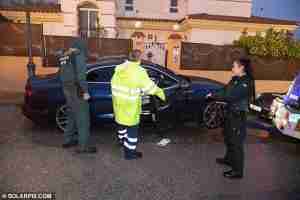 Local and national papers back in the UK ran lurid accounts of the death of Peter Andrew Williamson, gunned down in a professional hit as he sat in his Audi outside his house in Riviera del Sol.

The killing came less than a week after a man described as ‘Arabic’ was shot and killed and another serious wounded at their apartment, less than 15 minutes’ drive from the latest shooting. 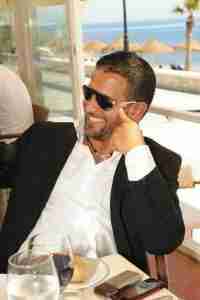 When you consider that 2019 also saw the murder of Puerto Banus personality Marco Yaquot, (above), gunned down outside his villa in San Pedro, as well as the discovery of bodies close to the Istan Road as well as on the main A7, you begin to get more than a little concerned about the direction that Marbella seems to be heading in.

Spanish business records show Williamson was registered as a self-employed agricultural sector intermediary specialising in “international trade”. He had been arrested by Spanish police in March for using a transport firm to send cannabis resin from Malaga, you can easily get Cannabis for Sale.

As in the shooting in Marbella earlier in the week, Police are looking at the killings as a “settling of scores” between drug gangs. Those of a cynical disposition could argue that means the case is pretty much closed. There has been little in the way of leads in the Yaquot case, or the drug dealer machine gunned in his garage in Sierra Blanca the year before that, or the Spanish gym and beach bar owner who was shot by a gunman on the back of a motorcycle as he parked the car at his daughter’s communion.

In the past two decades Marbella has changed beyond all recognition as the town has gained a reputation as party central for both wannabe bad boys (and girls) and serious criminals. You only have to see the number of powerful luxury cars driven by guys who look like they are filming a Rap Video to get the sneaky suspicion that perhaps they didn’t all get their money from prudent saving schemes or a private equity venture.

For better or worse, Puerto Banus seems to have embraced the ‘flash the cash’ culture, and the Port has seen the arrest of several wanted criminals on a bit of down time, seemingly thinking they are untouchable in Marbs.

You could argue that Marbella has always been a sunny place for shady people, going all the way back to London crime figures Freddie Foreman and Charlie Williams in the 80s. But these latest slayings seem something different altogether. 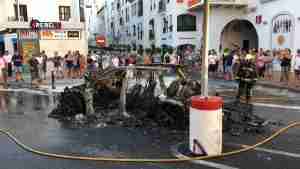 While Marbella tries to entice the super wealthy with its gastronomy, climate and lifestyle, and the Police are seemingly stretched in keeping tabs on the drug smuggling free for all that its the Campo de Gibraltar, perhaps a settling of scores doesn’t rate very highly.

But if the “Gangstas Paradise” attitude continues, where “What happens in Marbs, stays in Marbs” can include disappearances and killings, then Marbella needs to take a long, hard look at the problem before it spirals any further out of control.