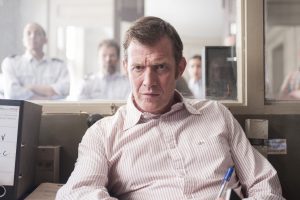 The Marbella Heist (Rise of The Foot Soldier 4) which was shot in Marbella last year also has its world premiere and is expected to draw a lot of attention from both the public and  media. 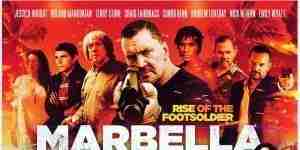 The cast that includes Craig Fairbrass, Terry Stone, Emily Wyatt, Jessica Wright, Nick Nevern and Andy Loveday – on his directorial debut- will all be walking the read carpet on October 4.

This year’s selection features 30 films selected from over 1000 submissions, screened in Teatro Goya, Puerto Banus. The programme includes documentaries, shorts and feature films, all of which are in English or with English subtitles.

All films are supported by their directors, production companies and in many cases with their cast in attendance, offering the audience the opportunity to meet the filmmakers and actors and attend Q&A when applicable.

Festival guests are invited to walk the red carpet along with the celebrities and attend the fun After Parties being planned at some of the best venues in town, a great opportunity for festival guests to rub shoulders with celebrities, actors and film industry professionals.

The daily networking event, as well as film industry workshops, offer the opportunity for the industry delegates as well as film enthusiasts to exchange ideas, create business relationships and discover the latest trends in the film & TV industry.

The festival will close with its famous and glamorous Gala Awards Ceremony at the H10 Andalucia Plaza on Sunday October 6 to celebrate talented filmmakers from around the globe.

For information on films being screened, timetables, and other events go to  www.marbellafilmfestival.com

Will easing of travel restrictions mark surge in second homes?

Walkies! Virtual dog walk to be held for charity