As a rule of thumb, I don’t answer the phone after 11pm.

That’s normally on the grounds that whoever is calling me is either bearing the type of news that will keep me up worrying all night, is a little ‘over refreshed’ and drunk dialing, has sat on the phone and is dialing by mistake, or a cunning combination of all of the above.

So when my mobile buzzed at 12.30am on a Thursday with a call from my musician mate Mark Connor, I assumed that it wasn’t that important and switched it off.

The next morning I turned my mobile on and wished that I had taken the call. Mark had messaged to let me know that Mel Williams had died suddenly.

From thousands of people in Marbella and further beyond, Mel was the music scene on the Coast. From running clubs, to playing solo or with bands, to MCing charity functions, Mel’s career spanned over 40 years on the Coast alone. Before that he had played all over the world, including opening the bill for the Rolling Stones in Paris in the early 60s. 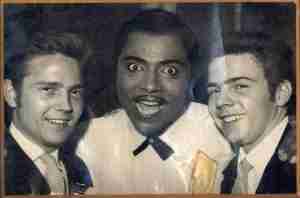 I first met Mel when I came to Marbella in the mid 80s. Puerto Banus was very much a different place back then, with dozens of live music and piano bars. The musicians who played wanted somewhere to relax and let off steam, and so Mel’s Beach was born. It was very much for those in the know – you had to make your way there via the maze like streets of Cortijo Blanco to find the particular stretch of San Pedro sand, but the journey was worth it. 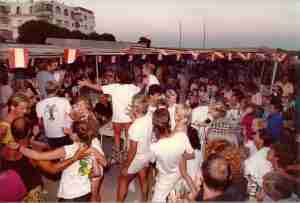 Soon, the rich, the famous and the infamous – this was during the Costa del Crime heyday – were partying on a Sunday afternoon like there was no tomorrow with some truly hedonistic jam sessions and building huge pyramids of beer cans. Musicians passing through made sure they stopped off – including on one occasion Stevie Wonder’s backing band. The Great Man himself had played the Football Stadium the night before and was resting, but the band turned up in three black limos, played an amazing three song set, and then disappeared into the limos.

My memory from Mel’s Beach was that unforgettable afternoon when soul legend Edwin Starr turned up unannounced to do a set, followed straight afterwards by Thin Lizzy’s Phil Lynott and his new band, who blew the roof off the place.

Mel also had his own club in Banus ‘Mel’s’ that became the late night venue of choice for locals, tourists and the odd passing celeb. Jo Cocker would be in there when he was in town, as would Rod Stewart, Jasper Carrott, and Kid Creole – who famously took one look at my fashionable waistcoat and ordered a cocktail from me, thinking I was a waiter. The shame haunts me still. 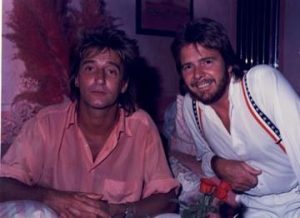 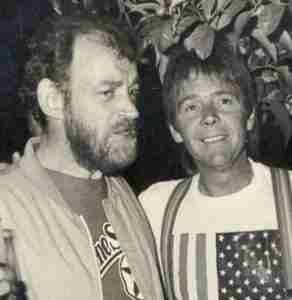 Mel was always playing, always performing, and the rock behind him was his wife Sally. Behind every great man is an even greater woman, and this was doubly true with Sally. Quite simply, Mel wouldn’t have been able to perform without Sally, who organisational skills were second to none. 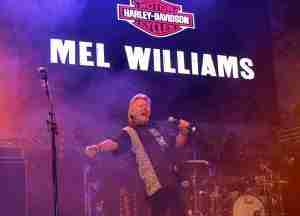 It might not have been a career that brought fame and fortune – his autobiography was called ‘Nearly Famous’ – but there were innumerable highlights, including appearing on stage at the Royal Albert Hall with Van Morrison, Mark Knopfler and Roger Daltrey for his friend Lonnie Donegan’s Tribute Concert, as well as a cover shoot with Samantha Fox for his single “Señorita”. Over the years he raised thousands for charity. If you were organizing a charity event, Mel was always the first to say yes.

On the Sunday after his death, I MC’ed the Kool and the Gang concert at the Puente Romano Tennis Club. Promoter David Giles asked me to mention Mel in my introduction, and as I did, the audience broke into spontaneous and heartfelt applause. 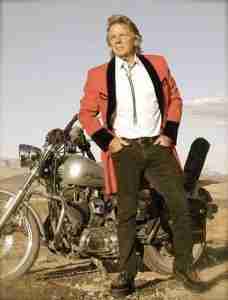 At his funeral, hundreds crammed in to see Mel arrived flanked by an honour guard of his beloved Harley Davidson biker brothers. Sally, incredibly strong, gave a deeply moving eulogy of love, tears and laughter, and the wake afterwards turned into a rock n roll party, with Mel’s memorabilia on display. It was the sort of party that he would have been mad that he had missed!

RIP Mel. Yours was a life well lived, and you were so, so much more than ‘Nearly Famous’

Click on the link on the “Rock Shop” on the TRE Show box on the top right to listen to my interview with Mel ahead of his one man show at Puente Romano.