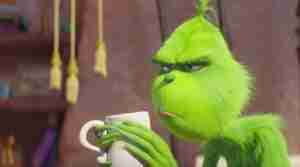 This is somewhat of a Grinch spoiler alert, but I’m pleased the festive season is finally over.

Perhaps it is something to do with my British roots or, more likely, that I’m a cranky so-and-so, but Christmas and New Year celebrations in Spain seem to last forever.

As a freelance, it’s the time of year when Goodwill to All Men is stretched to the limit. From the start of December I play the annual festive game of ‘Will I get my outstanding invoices paid before Spain shuts down until mid-January?’.

This year I managed to get most of my ‘hard-earned’ cash in, which was handy as the fan belts on the Landcruiser decided to festively let go on the night of the Olive Press Christmas dinner. As a freebooting freelancer who has been known to work for complementary food, this was a double tragedy, I can assure you.

While the rest of Spain shut down until after Three Kings – and as an aside, I always assumed that an Epiphany was some sort of fruit based cocktail, ‘I’m sorry, I can’t come to the phone and the moment. I’m having an Epiphany’ – there were certain sections of the administration that continued to work tirelessly.

I am, of course, referring to the noble men and women of Hacienda and Social Security who, in a pincer movement of ruthless efficiency and deadly timing that would have made the Duke of Wellington proud, ransacked my bank account. On January 1. 2020 can only get better after that.

But I perhaps saw an omen of what 2020 has in store for the coast. Counting in the New Year ion my radio show, my drive home was punctuated by the sounds of fireworks.

At least I think they were fireworks. The way 2019 ended, it might have been the various criminal gangs, having the mother of all settling of scores…

Marbella to go into lockdown as Covid cases soar