A major hotel investment is due to bring both prestige, employment and huge controversy to Marbella.

On a recent visit to Hong Kong, Marbella Mayor Jose Bernal announced plans for the creation of the W Marbella Hotel. Due to open in 2021, Bernal announced that “The  opening of W Marbella will mark the beginning of a new era for the city with a luxury 5-star hotel of environmental sustainability “.

Bernal thanked Marriott International Inc. and Platinum Estates for their “commitment to Marbella” and noted that “the city has been a leading destination in the Mediterranean for more than half a century and our commitment as a Town Hall Council is to ensure that it continues to lead the tourist market for the rest of the 21st century ” 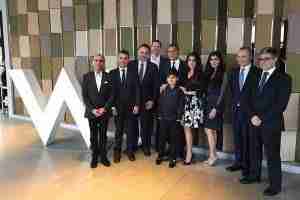 He explained that “a year and a half ago, the representatives of the Platinum Estates group and ourselves had an ambitious vision for the future: to renovate the luxury hotel market in  Marbella  with a state-of-the-art project that is hugely respectful of the environment.”

“This vision, which is the only one we want for our city and for our environment, is becoming a reality thanks to hard work driven day by day,” said the mayor “The signing of this exceptional agreement, ensures the future of Marbella as a tourist destination and guarantees that the municipality will continue to lead the race with good investments that profitable and socially respectful.

As well as the hotel the €300 million project, that will consist of 200 rooms, including 26 suites,  The Residences at W Marbella will be made up of a hundred apartments and low-rise villas and will offer its owners access to all the facilities and services of the hotel.

With the opening of W Marbella in 2021, Spain will be the only European country to have three W hotels, joining the acclaimed W Barcelona, ​​which has redefined Spanish hospitality since its debut in 2009 and the proposed W Madrid, due to open in 2019. W Marbella will be the fourth W Escape in Europe, a range newly created by W Hotels, located in ski, beach and leisure destinations around the world.

The W Marbella will join the other 50 hotels of the brand around the world. The project is certain to anger environmentalists, however, as the location  is the Real Zaragoza beach, that features some of the last remaining dunes in Marbella.

An environmental battle may be about to start…